The nation's first African-American president attended his first Alfalfa Club Dinner as commander in chief last night, and Barack Obama got into the spirit of the evening with jokes aimed at the dinner itself, his famously profane chief of staff and even himself.

According to the White House, among the jokes the president told were:

• "I am seriously glad to be here tonight at the annual Alfalfa dinner. I know that many you are aware that this dinner began almost one hundred years ago as a way to celebrate the birthday of General Robert E. Lee. If he were here with us tonight, the general would be 202 years old. And very confused."

"But don't believe what you read. Rahm Emanuel (Obama's chief of staff) is a real sweetheart.

"No, it's true. Every week the guy takes a little time away to give back to the community. Just last week he was at a local school, teaching profanity to poor children."

• "But these are the kind of negotiations you have to deal with as president. In just the first few weeks, I've had to engage in some of the toughest diplomacy of my life. And that was just to keep my BlackBerry.

"I finally agreed to limit the number of people who could e-mail me. It's a very exclusive list. How exclusive?

As the Associated Press notes, among the others in attendance at the Capitol Hilton in Washington were 2008 Republican presidential nominee John McCain, a senator from Arizona, and his running mate, Alaska Gov. Sarah Palin.

The dinner is supposed to be off-the-record, but reports of what was said always leak out.

Looking to Joe Lieberman, the Democrat-turned-independent-turned McCain supporter, Obama told the Connecticut senator he had no hard feelings.

The door is always open, Obama assured Lieberman, who observes the Sabbath, so feel to drop by -- any Saturday afternoon.

To Palin, Obama expressed surprise to see her with such members of the Washington elite she railed against during the campaign. Or, as he termed it in language Palin is familiar with, "palling around with this crew."

The Washington Post says that Lieberman, who also spoke, "noted that former vice president Richard B. Cheney injured himself while moving into his new home, according to a source inside the dinner. 'I had no idea waterboards were so heavy,' Lieberman quipped."

The incoming club president, Sen. Christopher S. Bond, R-Mo. reminded guests that a newspaper recently published a list of the 25 people most responsible for the global economic meltdown. "You know who you are," he said, according to the source. "And it's good to see you here tonight."

Posted by inashrestha at 3:30 PM

Email ThisBlogThis!Share to TwitterShare to FacebookShare to Pinterest
Labels: Fun 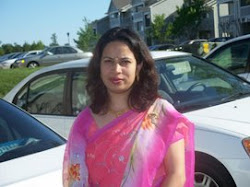